History of the Houston Rodeo 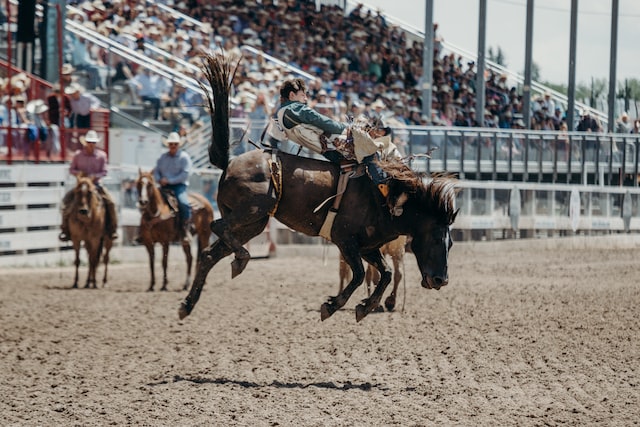 The Houston Livestock Show and Rodeo is one of the most important traditions in the history of rodeo. Ever since its debut in 1932, rodeo and entertainment in general have never been the same in the Lone Star State. The establishment has enriched the hearts and minds of thousands of individuals across Texas and visitors from around the country.

Being one of the most popular events in the state, the history of the Houston, TX, Rodeo is incredibly rich, with several crucial milestones achieved throughout the decades.

The story begins in 1931, at the peak of the Great Depression within the Texas State Hotel. Seven men, led by James W. Sartwelle, then owner of Port City Southwards, convened to discuss the absence of a market for cattle in southeast Texas. To boost the industry, cattle wouldn’t be shipped anymore to Chicago and Kansas City. Thus, the Houston Fat Stock Show and Livestock Exposition was initiated in 1932.

The first show was held at the Democratic Convention Hall before it was destroyed in 1937, and the Sam Houston Coliseum eventually took its place as the show’s new venue in 1938. At this point, the program began to include events, such as a rodeo and a parade, complete with a 65-piece cowboy orchestra hired to fit the theme of the Wild West.

Eventually, more innovations began to cultivate the history of the Houston Texas Rodeo. In 1952, stories about the Houston Fat Stock Show began to propagate via the first trail ride on horseback from Brenham to Houston. Furthermore, the show awarded its first scholarship, a $2,000 grant, to Ben Dickerson, a Houston resident. To this day, the show still provides educational assistance, having given more than $350 million over the years.

The organization’s name officially became the Houston Livestock Show and Rodeo in 1961, and it introduced the famous “Bowlegged H” logo in 1966. During this year, the show changed its venue again, this time to the world-renowned Astrodome. Elvis Presley even performed on stage in 1970!

In 2002, the Houston Livestock Show and Rodeo moved to its new destination, the NRG Center, which occupies nearly 30 acres and spans 590 feet wide. Many fun events continue to take place at this venue, such as the World’s Championship Bar-B-Que Contest and the Junction. Moreover, many entertainers in recent times have graced the show’s platform, including Camila Cabello, Khalid, and Alicia Keys. While the Houston Rodeo has brought considerable economic benefits to Houston (about $277 million in 2019), the organization continues to act as a charity for scholarships and graduate assistantships.

If you’re interested in visiting the Houston Livestock Show and Rodeo and are looking for a place to stay, look no further than Jetstream RV Resort at Waller! The resort is just an hour away from where the rodeo is held, making it a great place to stay for both long-term and short-term residents.